Milan. It’s probably fair to say that Giorgio Armani owns this town — or at least a glamorous and centrally located chunk of it. Last month, the designer further expanded his domain with the opening of the Armani Hotel Milano. 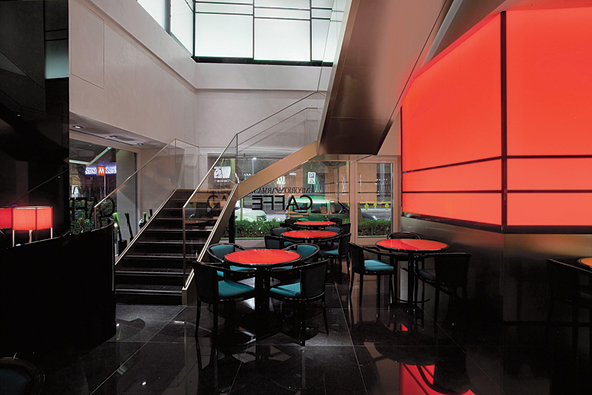 1. Emporio Armani Caffè The cafe is a canteen for suitably kitted-out fashion types, hungry shoppers and businessmen looking to soak up some Armani glamour. Red-topped tables and green upholstered banquettes provide a sleek backdrop to a menu that runs from light salads to risotto Milanese. Open early morning until late. Piazza Croce Rossa 2; 39-02-723-18680.

2. Armani/Spa Located on the eighth floor of the new Armani Hotel, the nearly 13,000-square-foot spa is poised to become a destination in itself. The louvered windows, walls and roof give a whole new perspective on Milan’s skyline, and the swimming pool, steam room and sauna offer refuge from an otherwise hectic city. Via Manzoni 31;armanihotels.com.

3. Armani/Privé The designer’s 360-degree lifestyle concept continues at this pink-light-bathed after-hours spot, which shares a name with his couture collection. Get beyond the velvet rope (a hotel room key helps), and the vibe is more conducive to sipping prosecco than table dancing. Via Manzoni 31; 39-02-6231-2655.

4. Armani/Manzoni 31 Armani/Libri (books), Armani/Fiori (floral arrangements), Armani/Dolci (chocolates) — think of this complex as a one-stop shop for all essential nonessentials, including the designer’s new skin-care line, Regenessence; sunglasses; jeans; and even Armani baby bottles. Via Manzoni 31; 39-02-7231-8600. 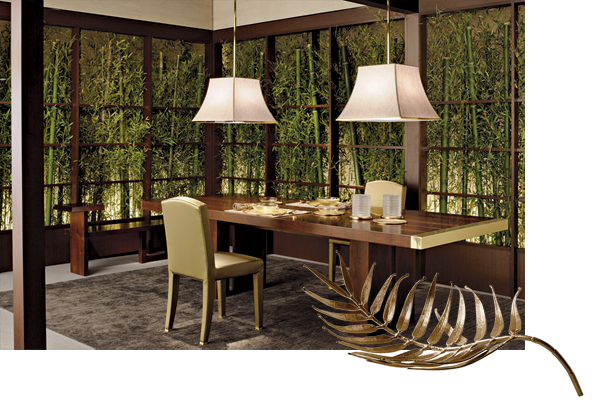 5. Armani/Casa Take the Armani aesthetic home in the form of pale sofas, Chinese-inspired screens, cream and beige sheets, and throw in the golds and neutrals that the designer favors. Among the objects you’ll find here are the Erika bowl in gold leaf, a limited-edition snakeskin writing desk and beautiful red Murano glass bowls. Via Sant’ Andrea 9; 39-02-657-2401. 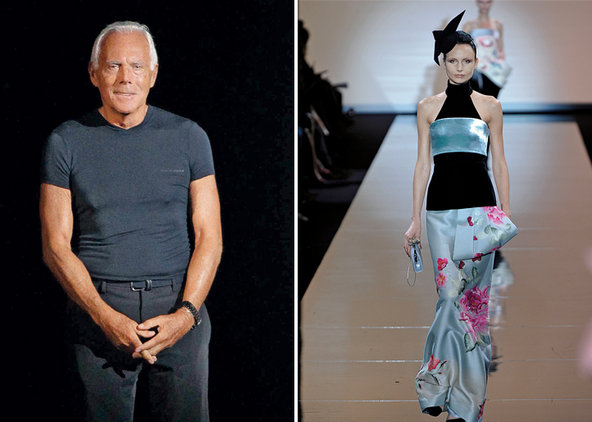 HIS CASA IS YOUR CASA

Housed in the imposing 1930s Enrico Griffini building that has over the last few years become a showcase for all things Armani, the new 95-room Armani Hotel Milano in the heart of the Fashion Quadrangle represents the culmination of the designer’s vision for the ultimate lifestyle complex. “It is a personal triumph, the realization of a dream,” he explains. Furnishings come from Armani/Casa, naturally, but with customized hotel finishes; the Italian restaurant features seasonal local ingredients and a handpicked wine list; and “lifestyle managers” double as personal concierges. A ground plan of the project seen from above resembles a huge A. “I consider that to be a good omen,” Armani says.

45 Places To Go in 2012 (New York Times) Cinque Terre’s Comback: How Vernazza Rebuilt Itself (Conde Nast Traveler)
About Me